Fertility and metabolism: the link affecting men and women

I was an enormous baby—11 pounds, 9 ounces to be exact. Celebrated as one of the biggest baby girls born at Sibley Hospital, I carried the fact as a badge of honor as a child—a fun fact. Family lore says when my grandma first met me, she exclaimed that my mom hadn’t given birth to a newborn, but a two-month-old! Little did my mom know that having a big baby—or more formally, a baby with fetal macrosomia (literally, “big body”), defined as being born greater than 8 pounds, 13 ounces—was a fairly robust indicator of brewing metabolic disease, for both mother and child.

Insulin is an anabolic (pro-growth) hormone, after all, and just like it promotes growth of cancers and fat, it grows babies too. Although I have no hard data to prove it, I’d imagine that my mom had insulin resistance during that pregnancy. While insulin doesn’t cross the placenta, the high blood sugar in mom can cross the placenta, leading to insulin resistance in the fetus. No doctor tested her fasting insulin levels or connected any of the dots that her difficulty dropping baby weight, her rising blood sugar, and her creeping cholesterol in her 40s and 50s may have all been connected to the same thing: metabolic dysfunction and insulin resistance.

We are doing a profoundly poor job of connecting the dots between metabolism, fertility, and pregnancy complications. My wish with this month’s newsletter is to share some of the mechanistic links that we know about in hopes of inspiring you to have a greater sense of agency in the factors under your control in the complex world of fertility. Will optimizing your mitochondrial function, insulin sensitivity, and blood sugar levels guarantee optimal fertility and pregnancy outcomes? Absolutely not. But it is a readily modifiable and largely ignored factor under our control, supported by research.

Is there anything more evolutionarily vital than our ability to reproduce? Frighteningly, that ability is under siege. Why? In part, because our metabolism—the engine that powers life—is under siege. The malfunctioning of our reproduction is tied to underlying energy dysregulation in our cells, caused by the many factors of our industrialized modern living that are disrupting our ability to metabolize food to energy properly (factors ranging from chronic overconsumption of refined sugars to the metabolism-disrupting chemicals in so many of our products like food storage containers, furniture, makeup, and cleaning supplies).

That’s right: America’s—and the rest of the world’s—growing fertility issues are linked to metabolic dysfunction. But we can improve this dysregulation (and prevent future disease) by addressing one of the root causes of infertility. It begins with focusing on metabolic health.

Statistics around fertility are complex because there are multiple ways to measure it, and many factors can impact the stats (including increased access to fertility treatments). However, one large study found that infertility rates globally rose 15% from 1900 to 2017 (0.37% per year).

But we’re not just having fewer babies because of concerns about the future or because people are choosing not to have kids or trying to have them later. Those factors play a part in decreasing fertility rates, for sure. However, in the United States, nearly 20 percent of women of childbearing age with no previous births cannot get pregnant after a year of trying to conceive. And nearly 10 percent of men are infertile. “Male factor” infertility contributes to up to50 percent of infertility cases. The use of assisted reproductive technologies (ART) like in vitro fertilization (IVF)  has steadily increased in the United States over the past four decades. In 2015, more than 182,000 ART procedures were performed.

Two major causes of infertility are polycystic ovarian syndrome (PCOS) and suboptimal sperm. Here’s how they are related to metabolic health.

PCOS affects more than a quarter of women worldwide and up to 12 percent of those of reproductive age in the United States. And rates are increasing globally. From 2007 to 2017, the age standardized incidence rate of PCOS increased nearly 1.5 percent. The condition involves an imbalance in hormones. Symptoms can include menstrual irregularity, obesity, hirsutism (increased body hair), increased levels of “male hormones” (hyperandrogenism), high levels of insulin (hyperinsulinemia), multiple small follicles on the ovaries—and, of course, infertility. The exact cause of PCOS is multifactorial, including genetic and environmental. But we know that metabolic issues are a causal link.

The process of insulin resistance, and resultant hyperinsulinemia, drive testosterone production from the ovaries’ theca cells, which have insulin receptors. Increased androgens (like testosterone) can cause abnormal uterine bleeding, shorten or lengthen the menstrual cycle, and cause infrequent or skipped ovulation—all which contribute to infertility.

Insulin can also cause an increase in the actual number of theca cells within the ovary, thereby increasing the ovaries’ capacity to produce androgens, worsening the problem. Elevated insulin levels decrease the production of sex hormone-binding globulin (SHBG), a protein produced in the liver that works by binding to testosterone and other androgens in circulation. By reducing SHBG production, insulin further contributes to androgen activity.

The obesity prevalence among people with PCOS is 80 percent. And excess body weight, particularly in the abdominal fat, is associated with worsening insulin resistance. Additionally, more than half of women with PCOS develop Type 2 diabetes by the time they reach 40 years of age. PCOS is so tied in with metabolic health that a 2012 NIH panel proposed that the name of the disease be changed from PCOS to “metabolic reproductive syndrome” to more accurately characterize it, but this has not yet come to fruition.

From 1973 to 2011, sperm count has dropped by more than 50 percent. Numerous studies show that metabolic syndrome is a root cause of male infertility. It is associated with lower testosterone levels, impaired spermatogenesis (sperm cell development), lower sperm concentration and motility, and increased damage to sperm DNA.

A study that tested the semen quality of more than 5,000 men found that sperm count is an overall marker of a man’s general health. Men with low sperm counts are more likely than those with normal sperm counts to have metabolic syndrome and insulin resistance. They’re also more likely to have higher blood pressure, higher low-density lipoprotein (LDL) cholesterol, lower high-density lipoprotein (HDL) cholesterol, and higher triglycerides.

Testosterone and estradiol (a type of estrogen) are both crucial for sperm production. But adipose (fat) tissue converts testosterone into estrogen, so extra weight or obesity can cause an imbalance in the delicate ratio of these two sex hormones. Scrotal area fat tissue can also increase the temperature of the testes, impeding sperm production.

The high blood sugar that’s characteristic of insulin resistance and Type 2 diabetes can also cause reduced testicular function. Consistently high blood sugar increases the accumulation of reactive oxygen species (ROS), causing an increase in oxidative stress to the testicles, as shown in animal studies. The increased oxidative stress can damage the seminiferous tubules and the Sertoli cells (which produce sperm). And diabetic autonomic neuropathy (nerve damage), which is caused by high blood sugar, can lead to retrograde ejaculation (ejaculation backwards into the bladder) and erectile dysfunction.

Again, the good news is that a healthy diet—low in processed foods, with a focus on whole foods, micronutrients, antioxidants, and healthy fats—correlates with better sperm quality and a lower risk for infertility, research shows.

Our metabolic health is crucial for fertility, and our declining fertility rate is running parallel to our metabolic health crisis. It’s worth noting that even when conception occurs, there’s still the risk of miscarriage, which can also be linked to metabolic dysfunction.

Cases of miscarriage have gone up 10 percent over the past decade (increasing at about 1% per year). Studies show metabolic dysfunction is associated with placental dysfunction and contributes to this increased rate. But since metabolic dysfunction can compromise sperm DNA integrity, metabolic health matters well before conception. In one study that compared semen characteristics of men undergoing assisted reproduction, those with diabetes had higher miscarriage rates than those without the condition.

We need to collectively—as individuals and a country—work to build metabolically healthy bodies, and this happens largely through the choices we make every day in regards to diet, sleep, stress management, and physical activity. It also involves optimizing our micronutrient levels, microbiome, and even the amount of sunlight exposure we get each day. Medication will not solve our rampant metabolic dysfunction (affecting 88% of American adults) because medication alone does not build a healthy body, and might actually be making fertility issues worse. In fact, recent research shows that men taking metformin (a diabetes medication) have a higher risk of having a child with a birth defect, specifically genital birth defects in boys, possibly due to effects of metformin on testosterone.

Another key contributing factor that links metabolic dysfunction to infertility is environmental toxins—the largely unregulated industrial chemicals in everything from our mattresses to our plastic bottles to our deodorant—which can directly hurt our metabolic processes and our reproductive organs.

If you’re concerned about your fertility, you can gain a snapshot of your metabolic health status by looking at your metabolic blood tests. We have a guide to interpreting your cholesterol panel and one on understanding glucose levels that will help. Focus on optimal ranges, not just “normal” ranges that are shown on your lab results slip.

4 things you can do today to support metabolic health:

And if you missed our newsletter on sex and metabolic health, take a look, because sexual function can also, in many ways, be fundamental to fertility. 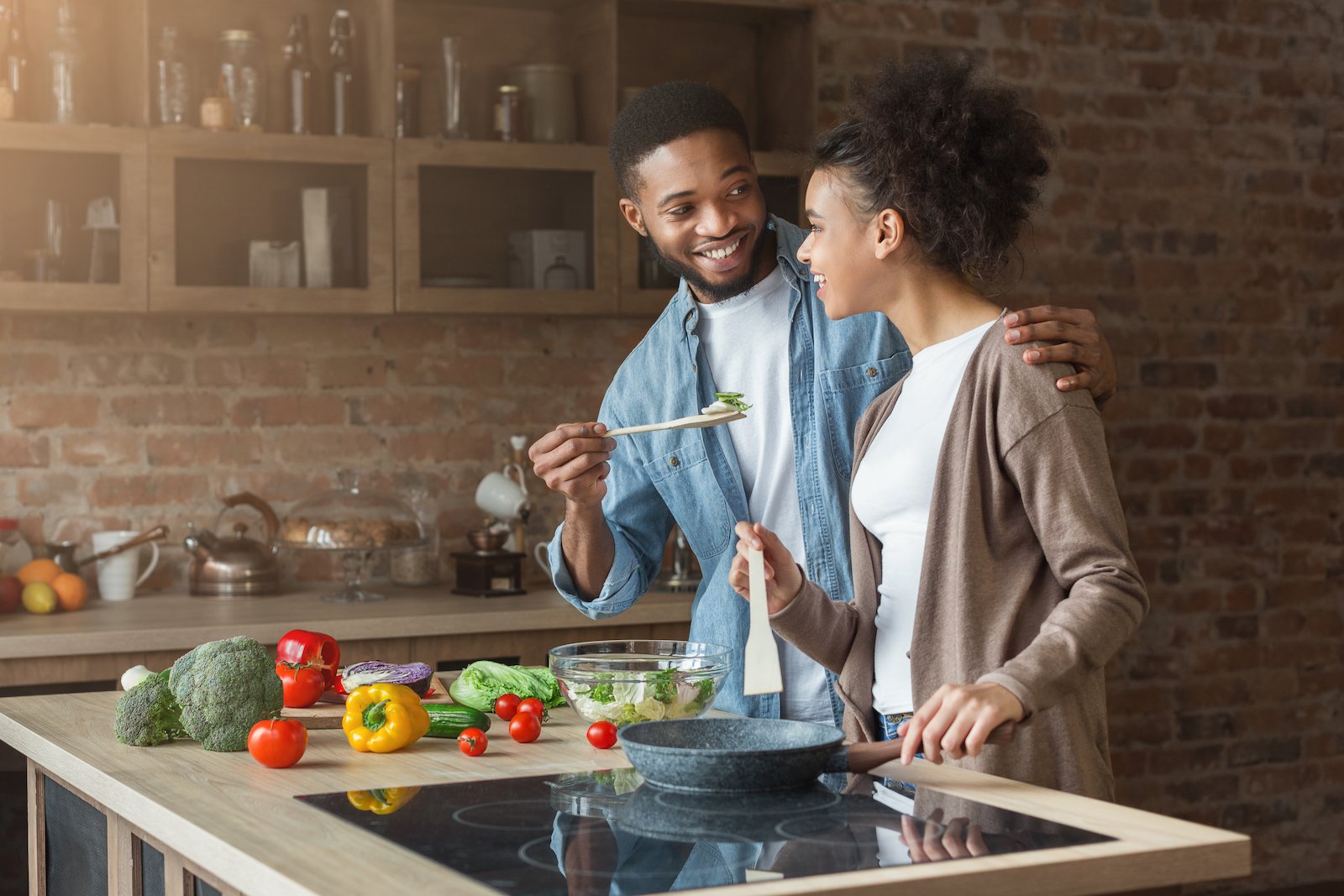