You can experience early morning blood sugar spikes even before breakfast. Here’s what you should know about the dawn effect.

If you’re monitoring your blood sugar, you may notice that it rises during the early morning hours before you’ve done anything that might normally cause a rise, like eating. In people with diabetes, where this has been mostly studied since being initially discovered in 1979, it’s known as the dawn effect, or the dawn phenomenon. But it is now being studied in broader populations as well. Anecdotally, many Levels members without diagnosed metabolic impairment see this effect when wearing CGMs. In this article, we’ll explain what we know about the physiology of this phenomenon and what you can do about it.

“Unlike typical glucose spikes, the dawn effect is not a direct result of eating, stress, or exercise: It’s a spontaneous increase in your fasting blood sugar.”

What is the Dawn Effect?

Researchers generally define the dawn effect as an elevation in blood glucose (hyperglycemia) beginning anywhere between 3-4 am and 8 am or as an increased need during those hours for external insulin among people who use it to control their blood glucose levels (such as people with diabetes). Unlike typical glucose spikes, the dawn effect is not a direct result of eating, stress, or exercise: It’s a spontaneous increase in your fasting blood sugar.

After you eat breakfast, however, the effect may become even more pronounced, causing your blood glucose levels to reach higher levels than you might expect from the meal alone. This is sometimes called the Extended Dawn Phenomenon, and it’s a more reliable indicator of the dawn effect than pre-breakfast hyperglycemia. This was demonstrated by a 2013 study in which researchers used continuous glucose monitors (CGMs) to track the blood sugar of 248 people with Type 2 Diabetes over two consecutive days. They then separated participants into two groups: those who exhibited the dawn effect and those who did not. The two groups saw the biggest difference in the post-breakfast period.

As we will explore below, the dawn effect is most well-studied in people with diabetes (both Type 1 and Type 2), but it is also seen in people without diabetes. There isn’t a universally accepted set of glucose or insulin values that define the dawn effect, but one recent review defines it as:

Other studies have specified timeframes for this change (e.g., a 20 mg/dL rise between 5 am and 7 am) or included proxy metrics for blood glucose (such as C-peptide).

How Common is the Dawn Effect and Who Experiences It?

Historically, it’s been difficult for researchers to pin down the prevalence of the dawn effect, with early estimates ranging from 6% to 90% of people with diabetes. This is largely due to the challenge of identifying blood glucose highs and lows via individual “snapshot” tests, which only provide one data point and are inconvenient to administer during sleep. However, the increased use of continuous glucose monitors has helped kickstart a new era of research into the dawn effect, and estimates have gradually converged over the past decade. One recent small study suggested that the phenomenon affects about 55% of people with Type 1 Diabetes and 52% with Type 2 Diabetes.

Similarly, a 2021 study of 50 people with Type 2 diabetes found that the dawn effect was linked to glucose “excursions”—the spikes in blood sugar that typically follow a meal. The more intense a person’s blood sugar excursions in general, the more likely they were to experience the dawn effect.

What Causes the Dawn Effect?

The dawn effect is caused by several interrelated factors, the most important of which is growth hormone (GH) secretion. Your body releases growth hormone in pulses during the night, especially as you enter deep sleep. GH helps build and maintain muscles and bone tissue. But GH also causes your liver to release glucose into your bloodstream (a process called endogenous glucose production, or EGP). Simultaneously, GH makes your body less sensitive to insulin—a key metabolic hormone that helps shuttle glucose into your cells, where it is used for energy. In other words, your natural glucose production rises while your ability to use that glucose decreases.

Growth hormone reduces your insulin sensitivity via several pathways. First, it triggers lipolysis—the release of fatty acids from the adipose, or fat, tissue. These fatty acids circulate in the bloodstream and make your muscles more insulin resistant, decreasing the glucose being taken up by your cells. GH also directly reduces the liver’s response to insulin, causing it to release even more blood sugar from stored carbs and further reducing glucose uptake in the rest of the body.

In people without diabetes, the body may typically counter this GH effect with a surge of insulin, which keeps blood sugar excursions low. But in people with diabetes, the pancreatic cells which secrete insulin (called beta cells) cannot produce enough insulin to keep blood sugar in check. The body enters hyperglycemia, remaining there until insulin can overcome the effects of GH and bring blood sugar back down. This “tug of war” between GH and insulin seems to be the driving force behind the dawn effect.

Evidence that GH is one cause of the dawn effect began accumulating with a 1985 study of six people with insulin-dependent diabetes (also known as Type 1 diabetes, when people require insulin injections because they cannot produce sufficient insulin on their own). When researchers administered glucagon and a drug called somatostatin, which blocks growth hormone, they found that the dawn effect disappeared. When they replaced the missing growth hormone with hourly GH injections (still using somatostatin). A later study of eight people with Type 1 diabetes reached the same conclusion: Blocking the secretion of GH eliminated the dawn effect. Yet another 2003 study of young adults with Type 1 diabetes was in alignment, finding that a GH-blocking medication reduced the need for overnight insulin—a hallmark of the dawn effect.

Finally, the dawn effect may also be caused partly by a nighttime surge of another hormone: cortisol. Sometimes called a “stress hormone,” cortisol blood levels begin rising between 2 am and 3 am and peak at around 8:30 am. Like growth hormone, cortisol counters the action of insulin. It reduces whole-body insulin sensitivity, raising your blood sugar. This makes energy readily available to your muscles, helping you wake up and get active in the morning. But if you cannot produce enough insulin to counter the cortisol’s effects, it could theoretically lead to the dawn effect.

The science is mixed on whether cortisol plays a meaningful role in the dawn effect. One 1990 study of seven people with “non-insulin-dependent diabetes” (equivalent to Type 2 diabetes) found that reducing cortisol significantly lowered morning blood glucose levels, and some contemporary researchers consider the link plausible. Other studies found that blocking cortisol does not prevent the dawn effect, leading some diabetes researchers to rule out the hormone as a culprit. The issue has not been settled conclusively.

What Can You Do About Dawn Effect?

Although high glycemic variability is best avoided for optimal metabolic health, whether or not the dawn effect presents unique risk is unclear, though it may be more significant in people with diabetes. One 2013 study of 248 people with non-insulin-treated diabetes found that the dawn effect worsened participants’ overall glycemic control by about 0.4% on an HbA1c test and about 12 mg/dL in 24-hour mean glucose. This impact could not be mitigated with any of the available diabetes treatments. In a review of 30 years of dawn effect research, the authors write, “Because it is an early metabolic abnormality leading over time to the vicious circle of ‘hyperglycemia begets hyperglycemia’…the dawn phenomenon in T2D should be treated early and appropriately.”

For people without diabetes, there is not yet sufficient research to know whether the dawn effect represents a health risk, nor how you might counter it. But in general, research suggests that minimizing glycemic variability (big spikes and dips in your daily blood sugar levels) can promote better metabolic health. Here are some strategies that can help: 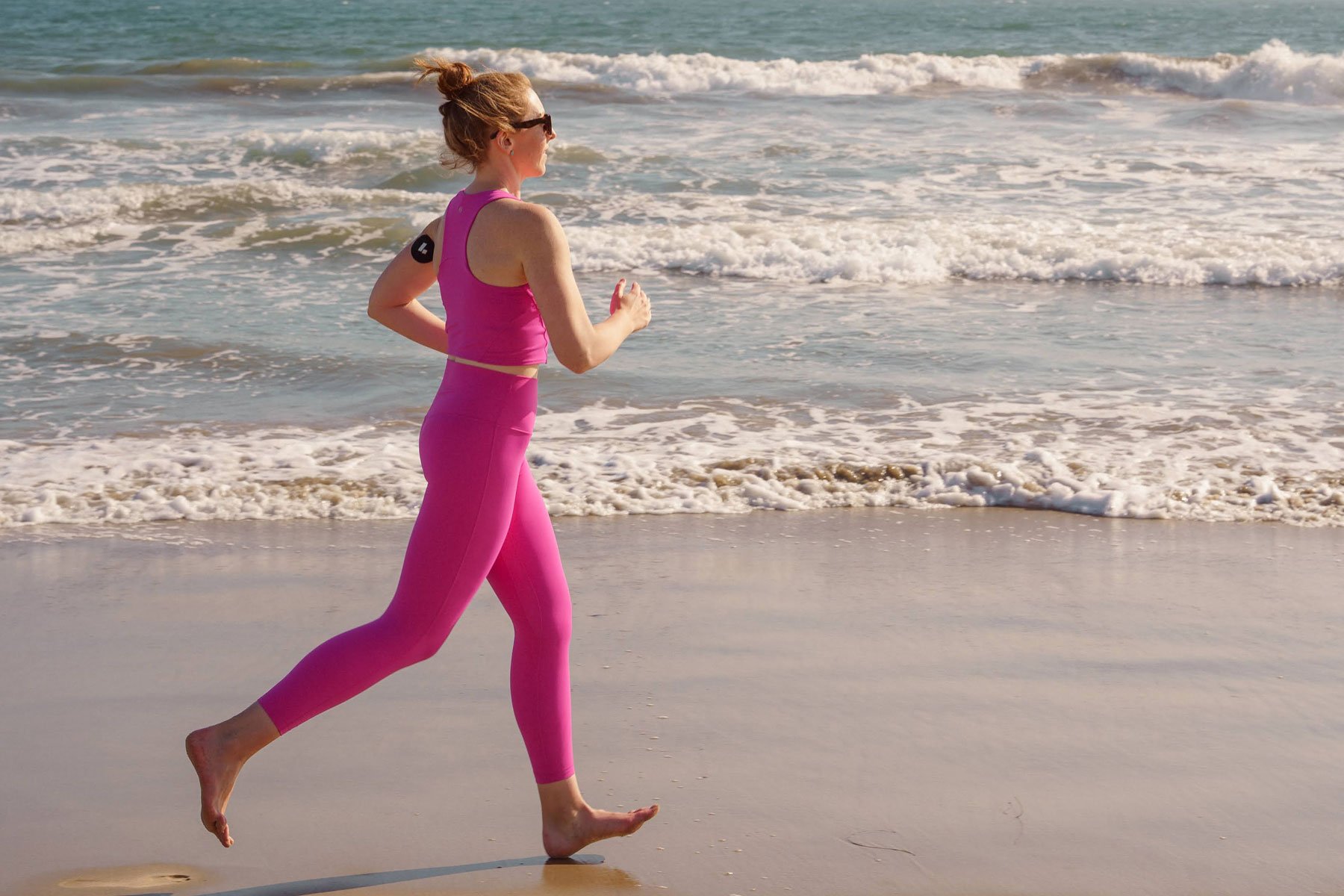 The relationship between sleep and weight loss