In this monthly column, we take a look at three recent studies related to metabolic health and highlight the key findings, as well as offer our perspective. This month, three angles on exercise and metabolic health. And be sure to read last month’s installment: Studies show high blood sugar increases COVID risk.

What it says: This is a review (an examination of existing studies) looking at the metabolic effect of eating before a workout versus after. The authors find a compelling case that exercising in a fasted state—say in the morning, before eating anything—increases acute insulin sensitivity and glucose uptake by muscle fibers, and may induce long-term metabolic changes.

The study finds this effect in healthy weight and obese people (though not in people with diabetes, where metabolic flexibility is already impaired). The researchers even suggest that eating carb-heavy meals before exercise could explain why some people with obesity fail to see improved glucose control even after beginning a workout regimen.

The proposed mechanism is the adaptation of two signaling proteins: AMPK, which deals with cellular energy, and GLUT4, which helps muscles take up glucose. Exercising fasted also increases lipid oxidation (burns more fat), improving insulin sensitivity, and may be responsible for the AMPK and GLUT4 adaptations. (This effect is less apparent in high-intensity exercise, when the body is mostly using carbohydrates instead of fat for fuel.)

A couple of other interesting takeaways: The effect was less pronounced when the pre-exercise fasting period was less than 60 minutes; the authors report more compelling results after an overnight fast. Also, given the mechanisms at work, they theorize that a low-carb meal before exercise may offer some of the same benefits.

Levels take: Review studies are great for building confidence in ideas, as they aggregate findings from studies that may themselves have small sample sizes. However, they also rarely surprise as they are synthesizing existing research. That’s the case here. Given the known benefits of fasting and metabolic flexibility (training your body to switch efficiently from burning glucose to fat), it makes sense that there would be downstream metabolic benefits from eating after a workout versus before. Still, it’s easier to take that advice when you see the results across multiple studies.

The study: Exercise training elicits superior metabolic effects when performed in the afternoon compared to morning in metabolically compromised humans


What it says: Here researchers dove back into data from a study they had done in 2019 to examine a question they hadn’t originally thought to ask: Does the time of day we exercise matter? The study had 32 men at risk of or diagnosed with Type 2 diabetes ride exercise bikes three times a week for 12 weeks. It turns out 12 of the men always worked out between 8 a.m. and 10 a.m., while the rest did so from 3 p.m. to 6 p.m. so researchers could examine outcomes of the cohorts against each other.

The afternoon group showed clear metabolic improvement: increased insulin sensitivity in both muscle and fat tissue, reduced fasting plasma glucose, and more fat burning. Because of the retrospective nature of the research, it didn’t reveal the mechanisms behind the changes. However, we know that muscle tissue clears the majority of our glucose, and that muscles and organs have a sort of circadian “clock” influenced by triggers like food and exercise. Earlier animal studies suggested this muscle clock could affect glucose uptake, and one previous human study showed similar results for people exercising later in the day.

Levels take: We know that timing matters to metabolic health: Our bodies are naturally more insulin resistant at night. But this research about when to work out is novel and useful. Although the study has limitations—a small sample size of unhealthy men, no control for when or what people ate—the results across metabolic categories were significant enough to take seriously. Given that other studies have shown that exercise performance peaks in the afternoon as well, we’re willing to make afternoon workouts a goal. (And yes, we noticed the previous study suggests exercising in the morning, but the benefits of fasting were not confined to the time of day, so you could factor in both findings.)

The study: Endurance and Sprint Training Improve Glycemia and VO2peak, but only Frequent Endurance Benefits Blood Pressure and Lipidemia

What it says: This study, from the University of Guelph in Ontario, compares the health benefits of high-intensity interval training (HIIT) with more moderate exercise across several measures, including fat burning, glucose tolerance, and VO2 peak. It followed 23 overweight or obese men exercising for six weeks on an exercise bike—half did sprint training (30 seconds of max effort followed by 2 minutes of rest, repeated several times), while the other half rode at a comfortable pace for 30–40 minutes.

Often studies that compare these kinds of exercise miss a crucial distinction: the number of days per week the subjects exercise. The standard advice is that HIIT training should occur no more than three times a week, as the higher intensity leads to excess inflammation and injury risk. So previous studies matched that frequency for moderate exercise. But these researchers realized that one of the benefits of not going so hard is that you can work out more often, so their moderate exercise group exercised five times a week.

This proved a critical point, especially when it came to glucose. Researchers used both an oral glucose tolerance test, which measures how well your body deals with a glycemic load at a particular point in time, as well as continuous glucose monitoring to measure “free-living” glucose control. Both cohorts showed improvement, but only on the days they exercised, so the moderate group had better improvement overall.

“Researchers found that of the 588 metabolites measured, more than 80% changed after just a 12-minute burst of exercise.”

Also, while both groups improved their VO2 peak, only the moderate-exercise men showed real improvement in blood pressure, fat loss, and the ability to metabolize fat.

Levels take: HIIT is a valuable tool in the fitness toolbox, allowing us to get health benefits like muscle development and improved VO2 with a short time commitment. High-intensity training can also improve insulin sensitivity over time. But this study—even with its small sample size of only overweight or obese men—still underscores another finding we’ve seen: Even low-intensity movement helps our bodies process glucose more efficiently. This research is an excellent reminder that exercising every day—even if it’s a brisk walk or bike ride—is more important than going hard all the time.

So if you’re not feeling the HIIT workout today, don’t just plop back on the couch—head out for something easy. It’s still worth your time. Exercise Changes Us at a Molecular Level

The Study: Metabolic Architecture of Acute Exercise Response in Middle-Aged Adults in the Community

What it says: Researchers from Massachusetts General Hospital in Boston examined blood drawn from more than 400 volunteers after a short burst of exercise to measure the effect on our metabolites—molecules involved in our metabolic processes around insulin, glucose, cholesterol, and fat.

This kind of study has been done, but not with such a large sample size, which allowed researchers to detect changes that hadn’t been seen before. They found that of the 588 metabolites measured, more than 80% changed after just a 12-minute burst of exercise. Among the altered metabolites was glutamate, which is associated with insulin resistance; it fell 29% after training.

To see if these changes had any long-term effects, they developed “signatures” of some of the metabolite changes and compared them with blood drawn from subjects of the same study decades earlier. (All subjects were part of a research project known as the Framingham Heart Study, which has been studying cardiovascular health in subjects since 1948.) They saw that some of those same signatures tended to show up in people from that earlier group who hadn’t died prematurely, suggesting these molecular changes could be associated with long-term health.

Levels take: What we like about this study is that it’s diving deeper into the ’omics—figuring out what molecules are at work in a given area, as in genomics or proteomics—behind something we know to be true: Exercise makes us healthier. The better we understand precisely how, the better we can draw connections between the multiple systems—e.g., fat burning, insulin signaling, etc.—at work in our metabolic health. And that could mean better diagnostic tools. For example, the researchers hope that “metabolite signatures” could eventually lead to, say, blood tests that might reveal a person’s fitness. 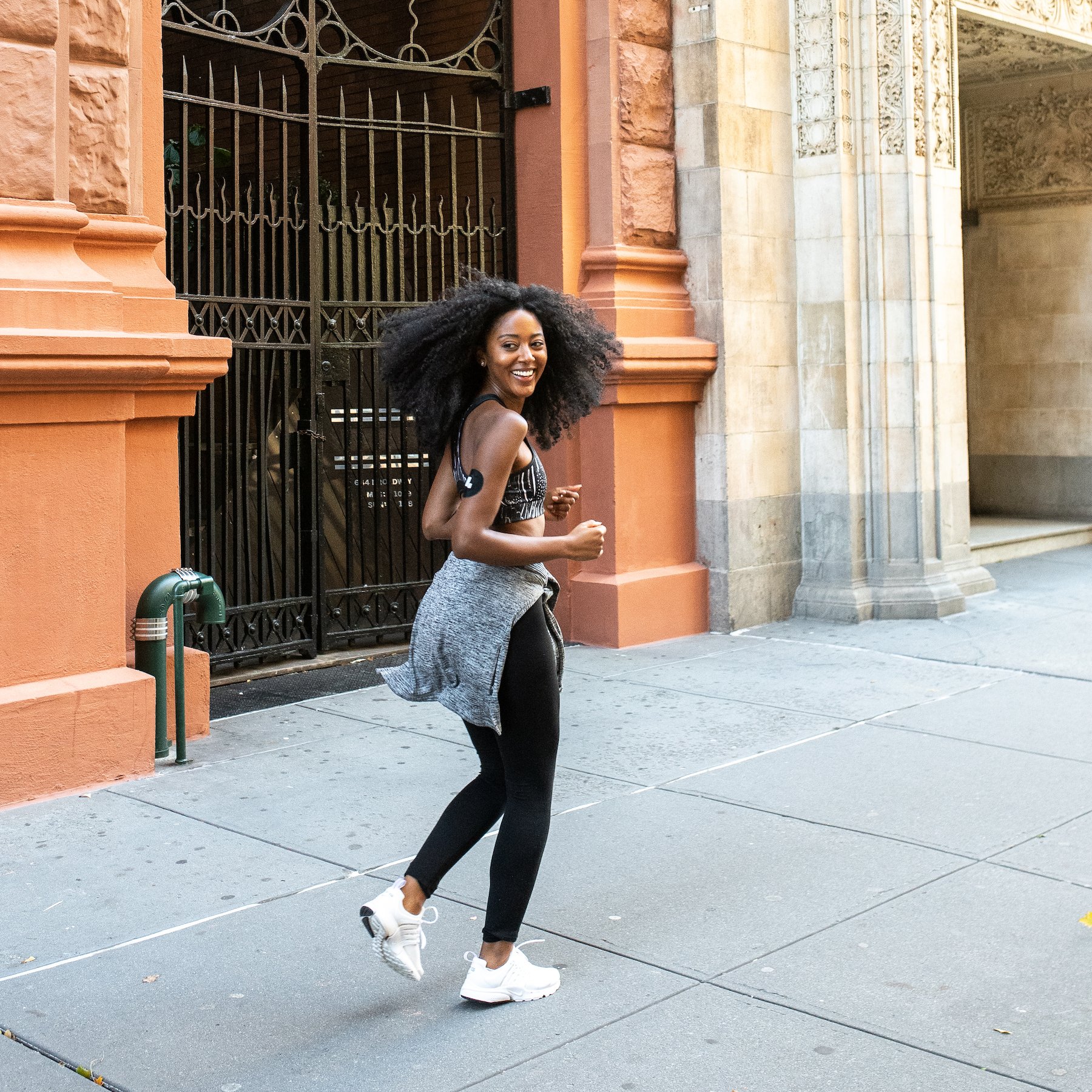 Walking after a meal: the simplest habit for stable blood sugar

Taking a post-meal walk can help stabilize blood sugar and give you more energy. New research explores when and how to walk for best results.