What is hsCRP, and why does it matter?

This blood test helps reveal inflammation, a key driver of metabolic dysfunction and other conditions. Here’s how to understand the marker and your results.

CRP was first discovered in the 1930s and grew in clinical importance over the 20th century. During this time, CRP tests could only measure the protein at relatively high levels—between 10 and 1000 mg/L. The high-sensitivity version of this test, developed in the early 2000s, measures CRP at levels as low as 0.01 mg/L.

C-reactive protein is essential to your body’s response to threats and injuries. It is primarily created in the liver, though smooth muscle cells, endothelial cells, and other types of cells can also synthesize it). CRP circulates in your bloodstream at low levels but rises significantly in the presence of inflammation, injury, or infection. This is why CRP is considered a reliable measure of inflammation in the human body.

When you experience a physical trauma (such as a burn or infection), your white blood cells release cytokines—proteins that regulate inflammation. These cytokines (particularly IL-6 and IL-1β) travel to your liver, where they stimulate CRP production. This begins as soon as four hours after the trauma and peaks within 24-72 hours, when your CRP levels may be a thousand times higher than usual. Once the initial stimulus that triggered the response subsides and the issue is resolved, CRP levels drop exponentially.

When CRP molecules come into contact with sick or damaged cells, they break apart into five identical subunits. These smaller particles are called monomericCRP (or mCRP), and they are better able to interact with cells than CRP in its original, five-part form (sometimes called pentameric CRP or native CRP). mCRP can trigger other inflammatory processes to help your body heal the trauma.

First, it can activate your complement system—a part of the immune system that serves as the first line of defense against pathogens and diseased cells. This sets off a complex cascade of events that tags invaders like viruses and bacteria as dangerous, so other parts of your immune system can target and remove them. Second, mCRP can bind to Fc receptors (found on the surface of many white blood cells), triggering the release of more cytokines. This inflammatory response draws even more immune cells to the region to better fight off the threat. In other words, CRP is both a marker of inflammation and an active participant in the inflammatory process.

Why We Test CRP

Doctors use CRP testing to help diagnose and monitor various illnesses. Some conditions in which measuring CRP can be helpful to include:

In addition to CRP being a valuable tool in the above conditions, there has also been increased interest in CRP as a measure of long-term cardiovascular health. Even slight elevations of CRP have been linked to increased risk of heart disease and ischemic stroke, as well as heart attack, blood clots, and atherosclerosis. Researchers have argued that this is because heart disease is itself an inflammatory process, and CRP levels reflect the extent of that inflammation.

If you’ve recently had an hsCRP test showing that your levels are higher than expected, this is likely a sign that you’re experiencing some form of inflammation. As discussed above, this inflammation may be linked to longer-term health risks like cardiovascular disease. On the other hand, it may be due to an acute issue (like the common cold) or lifestyle factors (such as cigarette smoking and poor diet).

It’s also important to note that CRP is rarely used as a standalone test. Instead, it is typically combined with a variety of other health metrics. For instance, one recent study found that a rise in CRP levels only predicts heart disease when accompanied by an increase in LDL cholesterol. Similarly, studies have shown that lupus (an autoimmune disease that raises CRP levels) is best monitored by a combined measure of CRP and another blood test called erythrocyte sedimentation rate (ESR). Researchers argue that the ratio of these two numbers gives us critical information that neither alone can provide.

Many people are familiar with the signs of acute inflammation, such as swelling, pain, redness, and warmth. Chronic inflammation may be less visible, but it is still potentially dangerous. In fact, diseases of chronic inflammation are among the leading causes of death worldwide.

In chronic inflammation, your immune system is in a state of ongoing, low-level activation that can last for months or years. Causes may include a pathogen (like a fungus or parasite) or foreign material (such as a toxic chemical) that your immune system is unsuccessfully struggling to remove. Autoimmune disorders (like rheumatoid arthritis), in which your body attacks its own tissues, can also drive chronic inflammation. Finally, lifestyle factors such as poor diet, cigarette and alcohol use, and disrupted sleep can also drive long-term inflammation.

Insulin resistance & diabetes. Inflammation elevates your cytokine levels. These cytokines (IL-1β and IL-6) bind to your cells, disrupting their insulin signaling pathways. This makes your tissues less sensitive to insulin—a process that can eventually develop into Type 2 diabetes. That is one reason why higher CRP levels are linked to a greater risk of future diabetes.

Obesity. Excess body fat acts like an extra organ, secreting several hormones, proteins, steroids, and other bioactive chemicals. That includes the inflammatory cytokines IL-1β and IL-6, which appear at significantly higher levels in people with obesity. Obesity can drive other inflammatory illnesses, such as cardiovascular disease and fatty liver disease. Conversely, inflammation may cause obesity by triggering insulin resistance, which can lead to weight gain. Animal studies suggest that high levels of CRP may even directly cause weight gain by interfering with proteins that regulate the body’s energy use.

Hypertension. High blood pressure (hypertension) contributes to heart disease and other illnesses. People with high CRP levels are more likely to have hypertension and more likely to develop it in the future. CRP seems to disrupt the normal function of the epithelium—a layer of cells lining your blood vessels that allows them to contract and relax. By weakening the body’s production of nitric oxide (a vital vasodilator), CRP leaves your blood vessels chronically contracted, elevating your blood pressure.

Metabolic syndrome. Metabolic syndrome is not a disease but a cluster of conditions that commonly occur together, linked to heart disease, stroke, and diabetes. These include abdominal obesity (visceral fat), hypertension, high blood sugar levels, high triglycerides, high LDL cholesterol, and low HDL cholesterol. All of these factors have been linked with inflammation (as indicated in part by high CRP levels). Some researchers have argued that inflammation causes metabolic syndrome by raising cytokine levels, thus leading to insulin resistance (described above) and cascading into related issues like obesity and hypertension.

How to Get CRP Tested

Despite the links between CRP, chronic inflammation, and disease, hsCRP is not a routine test. It is typically performed only under one of these conditions:

You have an acute problem that your doctor is trying to diagnose or evaluate, such as possible bacterial infection or similar source of inflammation.

You have an autoimmune disease, such as lupus or rheumatoid arthritis, that your doctor monitors.

You are at high risk of having a heart attack, and your doctor is trying to quantify this risk.

Some researchers propose that hsCRP, like cholesterol tests, should be used as a routine heart health screening tool. This school of thought has been gaining traction recently, but the issue is still debated. For instance, one research group has argued that CRP doesn’t give us any meaningful new information about a person’s health when used alongside more established metrics (like cholesterol).

Even though the hsCRP test is not ordered routinely, your doctor may be willing to order it if you ask. You can also pay a commercial laboratory to run the test for around $60 out of pocket.

What is the Optimal Range?

There is no universally agreed-upon range for optimal hsCRP levels among healthy people, but we can consider several significant lines of evidence.

In cardiac health screening, 2.0 mg/L is sometimes considered a critical threshold. Your clinician may interpret hsCRP levels above that limit as an indicator of elevated heart disease risk. Many investigators, however, have set a lower cutoff to minimize the risk of cardiovascular disease. A collaboration between the Centers for Disease Control (CDC) and the American Heart Association (AHA) recommended the following treatment guidelines:

Substantial evidence supports this lower hsCRP cutoff of 1.0 mg/L. One research group reported that people with hsCRP levels between 1.0 and 3.0 mg/L are at 50% greater cardiovascular risk than those with hsCRP below 1.0 mg/L.

Some research has suggested that the ideal hsCRP is even lower than 1.0 mg/L. A study of 27,939 healthy women found that hsCRP below 0.5 mg/L corresponded to less cardiovascular risk than hsCRP between 0.5 and 1.0 mg/L. The authors of this study found that the relationship between hsCRP and cardiovascular risk was linear: There did not seem to be a safe “threshold”; instead, lower hsCRP was linked to reduced risk—even at the lowest levels measured.

Several smaller studies support these findings. One study of 345 healthy people in Japan found that people with hsCRP 0.65 mg/L and below had the lowest risk of developing metabolic syndrome. Another study of 1,709 Japanese people found that the optimal cutoff to reduce the risk of metabolic syndrome was 0.45 mg/L in men and 0.25 mg/L in women.

Many specialists in metabolic health agree that lower numbers are generally better. Five Levels advisors have offered the below medical perspectives:

Associate Professor at the University of South Florida, a leading researcher in neuro implications of keto, runs Keto Nutrition.

Head of Strategy and Innovation at the Cleveland Clinic Center for Functional Medicine, author of 14 best-selling books, focuses on the role of food as medicine.

Professor Emeritus of Pediatrics at UCSF, research and clinical focus on childhood obesity and diabetes, author of four books about the dangers of sugar and processed food.

Source: The ultimate guide to understanding your cholesterol panel and metabolic blood tests 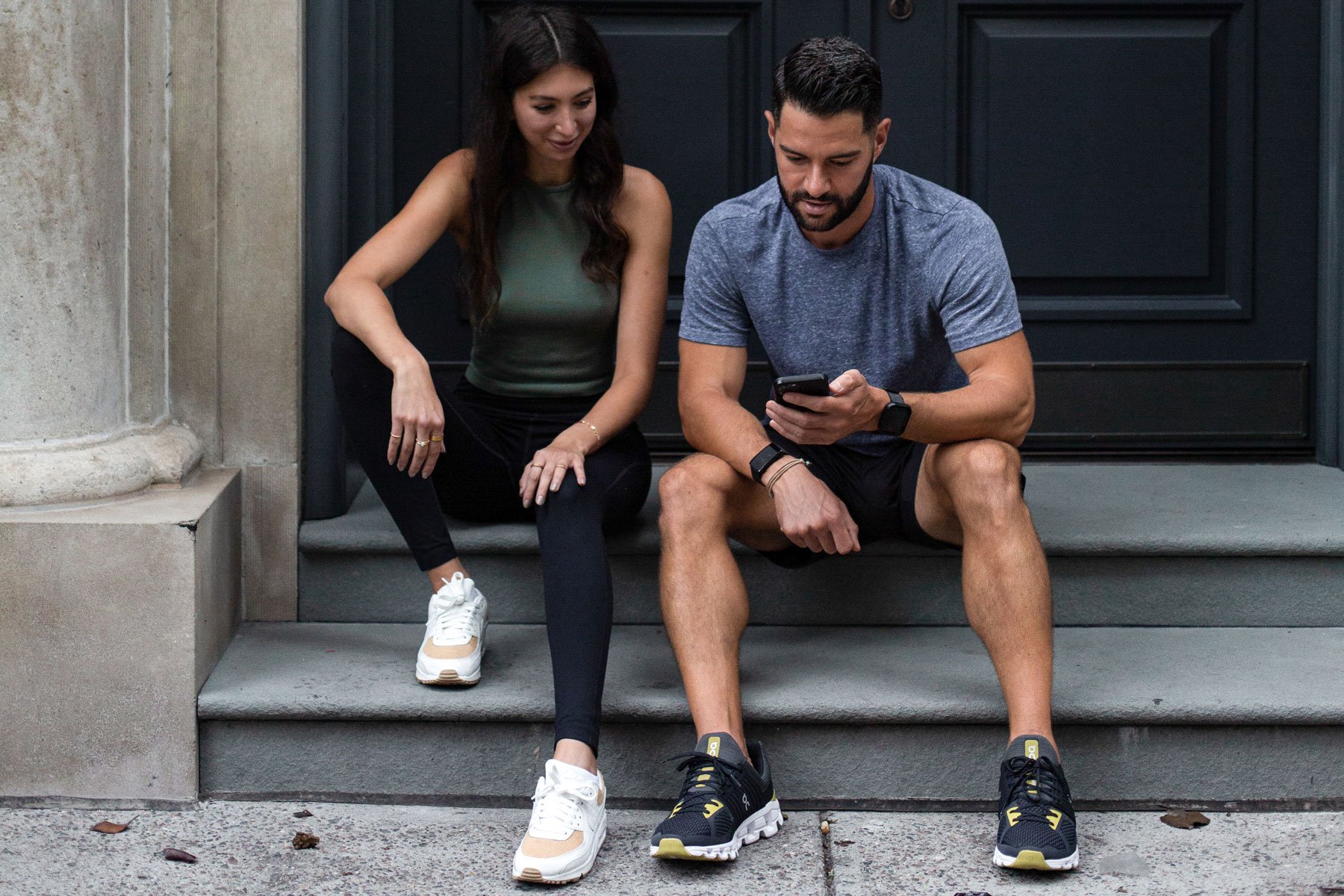 What are normal levels of insulin and why don’t we test it more?

Insulin is the key hormone for maintaining stable glucose, and insulin resistance leads to disease and illness, yet it’s rarely tested. Here’s why and what you should look for when tested. Diabetes isn’t the only disease related to poor metabolic health: stroke, cancer, and even suicide have ties, too. Here’s how blood sugar plays a role. What is oxidative stress and why does it matter to metabolic health?

Why are antioxidants good for you? They reduce oxidative stress, a condition of electron imbalance in your cells that underlies metabolic dysfunction.