Editor’s Note: On April 20, 2022, Levels announced its Series A fund raise, an important milestone for the company. We were thrilled that this round included $5m raised exclusively from Levels members through a crowdfunding raise. This additional funding will help us continue to grow the company, refine the product, expand access and work on solving the metabolic health crisis. Below is the press release announcing the raise.

NEW YORK–(BUSINESS WIRE)–Levels, a software company that gives you real-time feedback on how food affects your health, today announced a $38 million Series A alongside a $300 million valuation to continue its mission of solving the metabolic health crisis. The Series A was raised primarily as an operator round, with funding from other founders and operators, including Andrea Funsten (Basecamp Fund), Ben Gilbert and David Rosenthal (Acquired Podcast), Lenny Rachitsky and the Airbnb Alumni Syndicate, Mario Gabriele (The Generalist), Mat Fraser (CrossFit Athlete), and Moshe Lifschitz and Niv Dror (Shrug), as well as a16z, and the Levels member community through a crowdfunding round. To date, Levels has raised $50 million with support from a16z, Trust Ventures, and Shrug Capital. Earlier this month Levels expanded its suite of holistic member services to include access to in-home blood testing to track metabolic markers and the opportunity to work with a nutritionist during the Levels program. With the close of this round, the company will expand from its current beta community of 25,000 paying members to reach full consumer availability and work toward international expansion later this year.

In line with the company’s goal of building a community to help solve the metabolic health crisis, Levels’ Series A financing included considerable support through a Community Round that was open to all of its early members. More than 1,400 members invested in Levels, reaching the $5 million allowed under crowdfunding regulations in less than six hours. Transparency and openness are core to the company’s values and culture, and the decision to give members the opportunity to invest aligns with Levels’ commitment to building in public, reflecting an effort to embody the value of member-centricity.

“Today, 90% of our $4 trillion in healthcare costs are tied to largely preventable chronic conditions—several downstream from metabolic dysfunction,” says Dr. Casey Means, Levels co-founder and Chief Medical Officer. “A key way we address that is by empowering people with data about their own bodies, so they can take action to live a healthy lifestyle and feel their best. Understanding how our choices affect key health biomarkers in real time—and more broadly understanding our own metabolic health—is foundational for optimal health and longevity.”

Levels co-founder and CEO Sam Corcos adds, “Within the next 5 years, we’re going to be talking about the metabolic-health crisis in the same way that we currently talk about the opioid epidemic and cancer. This is the single biggest health crisis in the world and has yet to penetrate the zeitgeist.”

More than 128 million Americans have prediabetes or diabetes. Of the 88 million people with prediabetes, 90% of them don’t know they have it. Levels’ mission is to solve the metabolic health crisis through biological observability by tracking numerous biomarkers, including glucose, and providing visibility into how diet and lifestyle choices affect people’s general health and wellness. Levels empowers people to make smart food and lifestyle choices based on what they learn, beginning with real-time visibility into blood glucose and metabolic blood testing. In addition, Levels will conduct large, Institutional Review Board-approved research studies in collaboration with top researchers from around the world to increase understanding of glucose patterns among a wide variety of people including different age, gender, race, and advance the science of how lifestyle choices can affect these patterns.

In the same way fitness trackers quantify physical activity and exercise, Levels measures the impact of one’s diet and lifestyle on metabolic health by enabling members to pair their real-time glucose data with Levels’ intelligent software.

“Levels is an immediate answer for the metabolic health crisis, the defining health crisis of our era,” stated Marc Andreessen, Levels investor and co-founder and general partner at a16z. “Both the health of our people and the fiscal solvency of our country are at stake — Levels is a case study of the application of technology to both.”

Levels helps you see how food affects your health. By leveraging data shared by members from biosensors like continuous glucose monitors (CGM), Levels provides real-time feedback on how diet and lifestyle choices impact your metabolic health. Our Members are using personalized data to discover their optimal diet, control their weight, and reduce long-term health risk.

Casey Means MD (Stanford MD), Josh Clemente (SpaceX, Hyperloop), Sam Corcos (CarDash, YC), David Flinner (Google), and Andrew Conner (Google) founded Levels to solve the metabolic health crisis. Almost 10% of the United States has diabetes, a disorder that is increasing globally at an increasing rate—88 million Americans have prediabetes and 70% of those will have diabetes within 10 years. The scale and nature of the metabolic epidemic requires a new strategy: making health information accessible to the individual to whom it belongs, in real time, for prevention rather than reaction. This is the mission of Levels. 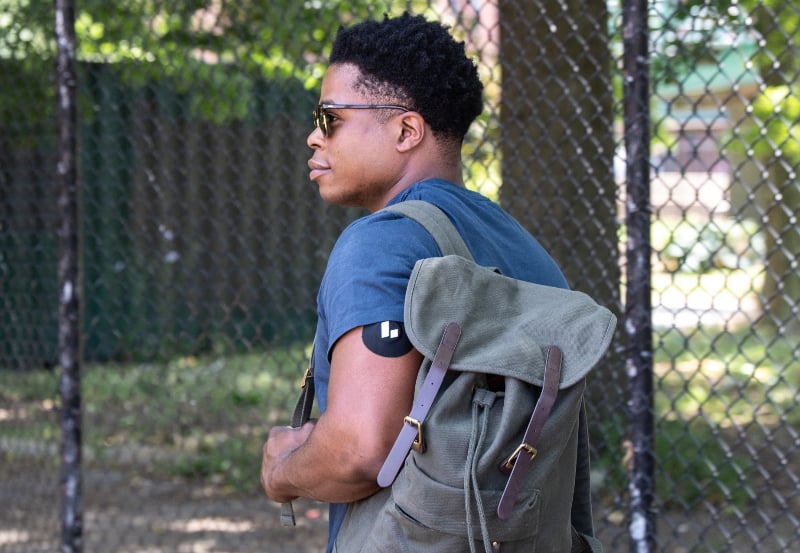 Go beyond peanuts and try the full range of metabolically healthy nut and seed butters, which are full of protein and healthy fat.