Despite a menu full of fried foods and alcohol, you can enjoy the game, the company, and steady blood sugar levels, if you choose wisely.

In this ongoing series, we look closely at restaurants and chains to help you find the most metabolically friendly options. Read on for guidance on maximizing nutrition and maintaining healthy blood sugar levels when dining out.

The sports bar is not typically where one goes to have a healthy meal. Just about everything on the menu is fried and portioned for a crowd. Worse, your food is often washed down with blood sugar-spiking beer by the bucketful. So when you go to cheer on your team, it’s important to have a game plan if you want to leave feeling your best.

The Metabolic Dangers at the Sports Bar

Fries, poppers, wings, onion rings . . . many of the standard “sports bar foods” are fried. And fried food can lead to oxidative stress, one of the eight processes that drive chronic diseases outlined by Dr. Robert Lustig in his book Metabolical.

Here’s how it works: Heating cooking oil to high temperatures reduces the stability of the oil, which can create molecules called reactive oxygen species (ROS). These are also known as oxidants, or free radicals. They’re called that because some electrons in the atoms have been tossed off or extras picked up, leaving unpaired electrons. When an atom is in this state, it’s called a “radical.”

Your body produces ROS for processes such as creating specific molecules and fighting off pathogens. These oxidants are balanced by antioxidants that your body also produces.

But when you ingest excess oxidants—from pollution, smoking, alcohol, and certain foods—you can throw off this balance. That creates oxidative stress, a process by which the oxidants damage cells and DNA. Oxidative stress can cause inflammation and has been linked to diseases including hypertension, atherosclerosis, diabetes, and certain cancers.

The types of oils used for deep frying (canola oil, peanut oil, and vegetable oils are common) are especially damaging. One type of oxidant created by heating oil is “advanced glycation end products,” or AGEs. These chemicals have been associated with chronic inflammation and oxidative stress. And more of them are produced when heating the oils favored for deep frying. What is oxidative stress and why does it matter to metabolic health?

Why are antioxidants good for you? They reduce oxidative stress, a condition of electron imbalance in your cells that underlies metabolic dysfunction.

The high cooking temperature matters too. More AGEs are produced when oil is heated hot enough for deep frying. A chicken breast that’s been deep-fried for 20 minutes contains nine times the amount of AGEs as the same breast boiled for an hour. And these toxic compounds multiply when oil is reused for frying, a common practice in the kitchens of bars and restaurants.

All of this adds up to frying oil that creates more oxidants. And because deep-fried foods soak up more oil than other types of oil-based cooking, you may end up ingesting more oxidants.

Almost everything that isn’t fried at the sports bar has two more metabolic misses: they’re served on carb-heavy buns and slathered with surprisingly sugar-soaked sauces. For example, some ketchup has four grams of sugar in every tablespoon, and—no surprise—sports bar honey mustard can have as much as 13 grams per serving. But even sauces that don’t sound sweet can be packed with added sugars: At Buffalo Wild Wings, for instance, the “Jammin’ Jalapeno” sauce adds 16 grams of sugar when applied to a “snack size” portion of wings.

Lastly, let’s not forget the part that makes it a bar—alcohol. Light to moderate alcohol consumption may lead to lower glucose in the short term. That’s because alcohol may decrease the liver’s ability to make new glucose to pump into the blood, and light consumption may lead to increased short-term insulin sensitivity. When you’re more insulin sensitive, you’re more efficient at lowering blood glucose levels because you need less insulin to do so. But binge drinking—usually at least five drinks in two hours for men, or four in that time for women—acutely increases inflammation in the body and can cause insulin resistance. Limit your intake, and don’t go in for bucket after bucket of brews. Studies have found that the glycemic index of a beer with 4.5 percent alcohol (like many light beers) is 119, meaning it causes a more significant blood sugar spike than white bread. (And the type of beer doesn’t always tell you anything about its carb count: Coors Banquet has higher carbs [.08g/cal] than a higher alcohol beer like Saint Archer Imperial IPA [.06 g/cal].)

Carbohydrate-rich foods made with refined flour can spike your glucose levels, so trade the bun for another piece of protein: Order a bunless double burger or double grilled chicken breast sandwich. You can also ask them to wrap your protein in lettuce. And see if they’ll give you carrots and celery on the side to increase your vegetable intake.

2. Stumped by the sauces? Stick with mustard

Ketchup and other sauces can slather your now-naked patties with glucose-spiking sugar. If you can’t determine which dip isn’t stacked with added sweetness, stick with plain yellow or spicy mustard. Not only will you avoid the glucose spike by eschewing sugar, but the vinegar in the mustard may also help improve your insulin response. The acid in vinegar slows down the emptying of your stomach into the small intestine, which also slows the breakdown of carbohydrates and ultimately gives the body more time to remove the glucose created by your meal from your blood. In short, it smooths out the increase in your blood sugar level by diluting it instead of spiking it.

Additionally, mustard contains an antioxidant called sinigrin. Also found in broccoli and Brussels sprouts, this compound has been found to inhibit the growth of cancer cells in lab rats and cell lines.

3. Swap fries for a side salad

Fries provide the metabolic double-whammy of a glucose spike from starchy carbohydrates and oxidants from soaking up cooking oil used repeatedly. Swap spuds out for a side salad and ask for no croutons or tortilla strips, two salad additions of unwelcome refined carbs.

Which dressing? Italian and ranch both have a surprising amount of sugar—it’s often the fourth ingredient in Italian, right after water, oil, and vinegar—as well as soybean oil, which has been shown to increase the amount of a compound called γ-tocopherol in the blood. Having higher amounts of this compound has been associated with decreased lung function.

Instead, add a healthy fat by using olive oil and finish it with a squeeze of lemon or a splash of red wine vinegar.

Among poppers and other fried fare, many sports bars offer hummus as an appetizer. This lemony chickpea spread delivers more than a gram of protein for every tablespoon you eat, but it also has something else that supports your metabolic health: tahini.

Sesame seeds—which tahini is made from—are rich in a substance called sesamin. When you eat sesamin, it leads to the production of a protein called adiponectin, which is associated with increased insulin sensitivity. This increased sensitivity is driven by adiponectin’s power to reduce the amount of glucose produced by your liver. Sesamin is also an antioxidant, working against any oxidative stress-causing oxidants currently in your system.

Just be sure to ask for carrots and celery or other vegetables instead of a pile of refined-flour pitas or chips with your hummus.

These four orders follow the rules above, stacking your sports bar plate with ingredients that support your metabolic health:

If you’re into apps…

…order hummus with carrots and celery.

If you’re a burger lover…

…order a double burger (or double grilled chicken sandwich) with no bun. Top the patties (or breasts) with spicy or yellow mustard. Replace the fries with a side salad dressed with olive oil and a squeeze of lemon or a splash of red wine vinegar.

If you love wings…

…order “naked” or grilled chicken tenders, and dip them in plain hot sauce (like Tabasco) or spicy mustard. Ask for celery and carrots on the side instead of fries.

If you want a big bowl of metabolically magnificent food…

…order a big salad with grilled chicken, steak, or salmon. Ask for no croutons or tortilla strips, and request olive oil and lemon or red wine vinegar on the side to create your own dressing. 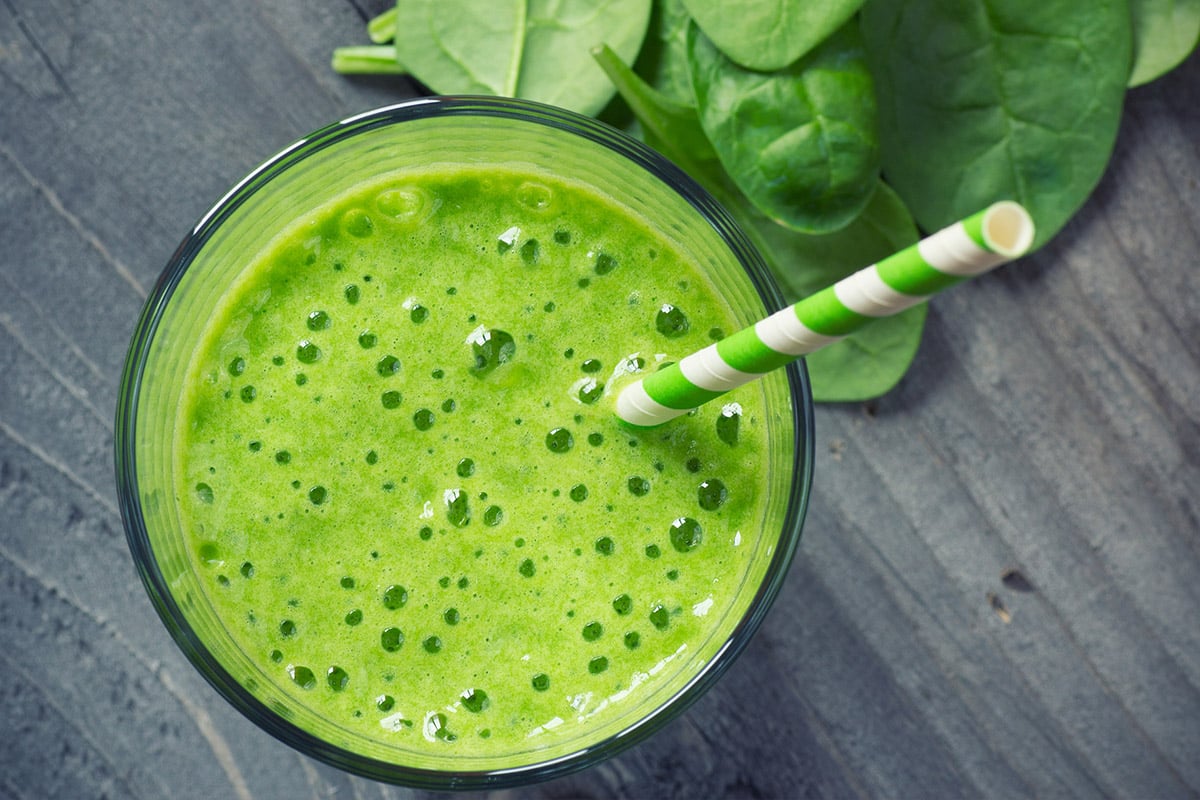